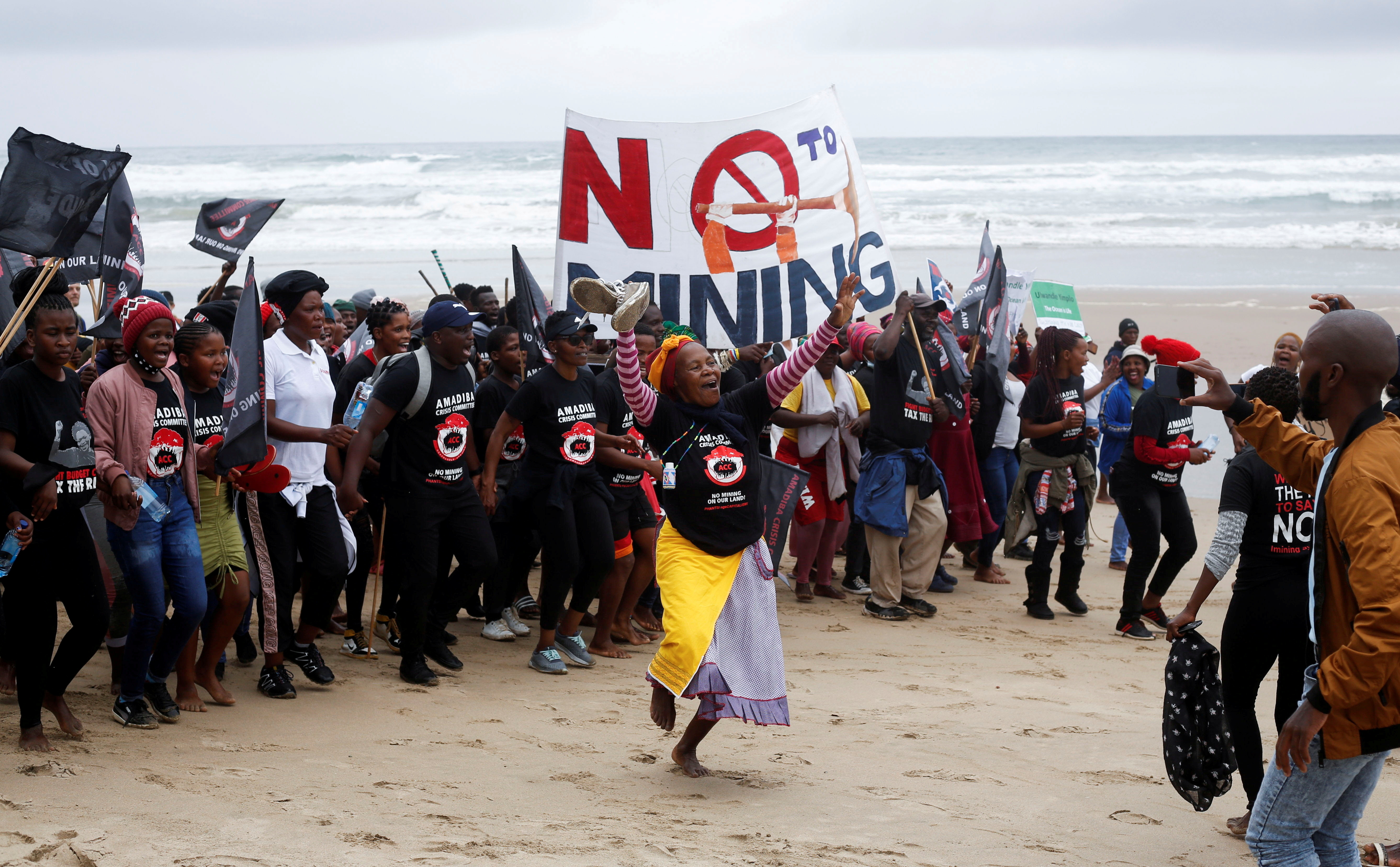 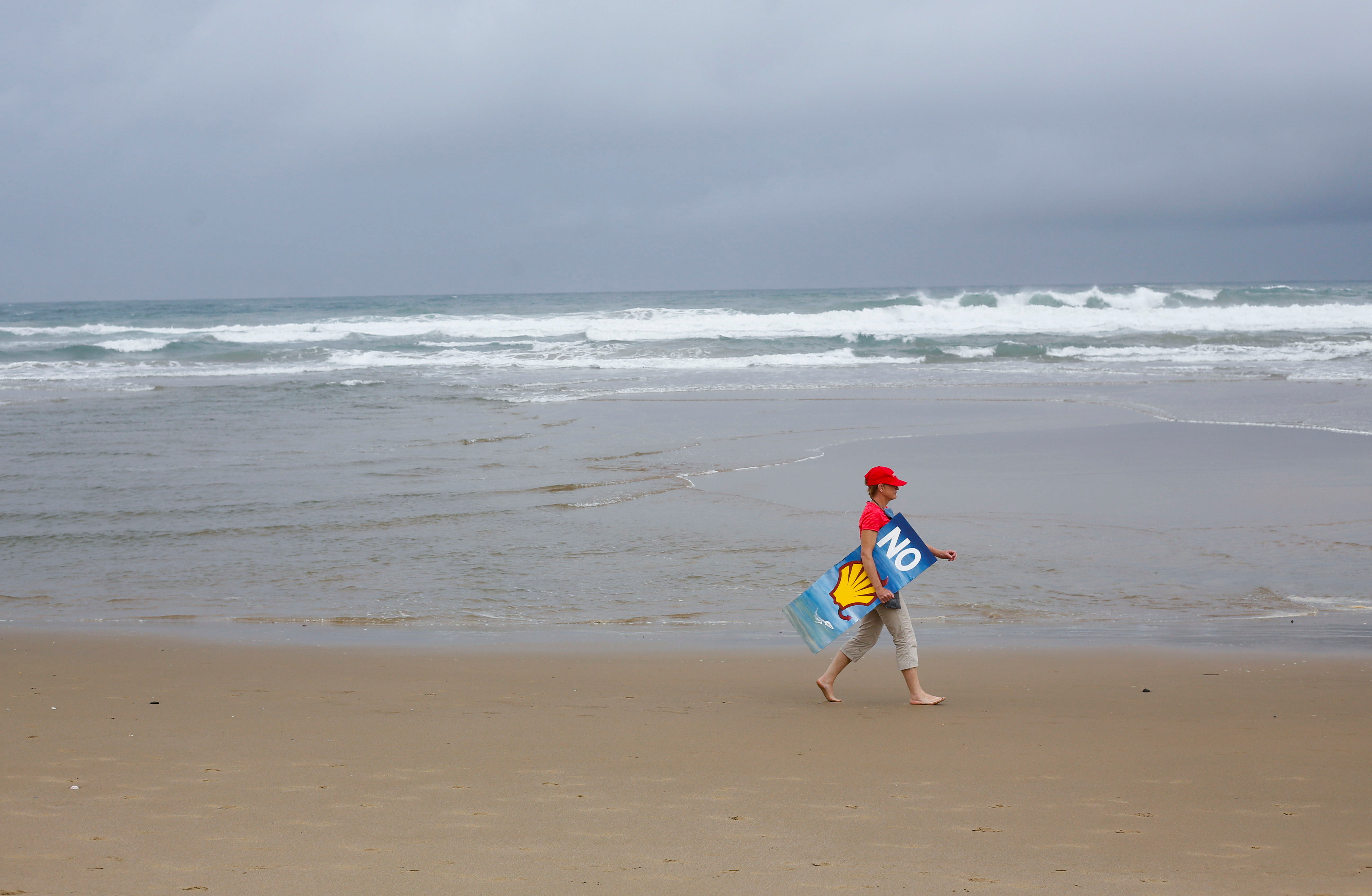 A South African court on Friday struck down an application brought by environmentalists to stop the oil major exploring in the eastern seaboard’s Wild Coast, rejecting as unproven their argument that it would cause “irreparable harm” to the marine environment, especially migrating hump-back whales. read more

The Wild Coast is home of some of the country’s most undisturbed wildlife refuges, and it’s stunning coastal wildernesses are also a major tourist draw.

At least 1,000 demonstrators gathered on a beach near Port Edward, a Reuters TV correspondent saw.

“It’s just absolutely horrendous that they are even considering this. Look around you?” said demonstrator Kas Wilson, indicating an unspoilt stretch of beach. “It’s unacceptable and … we will stop it.” 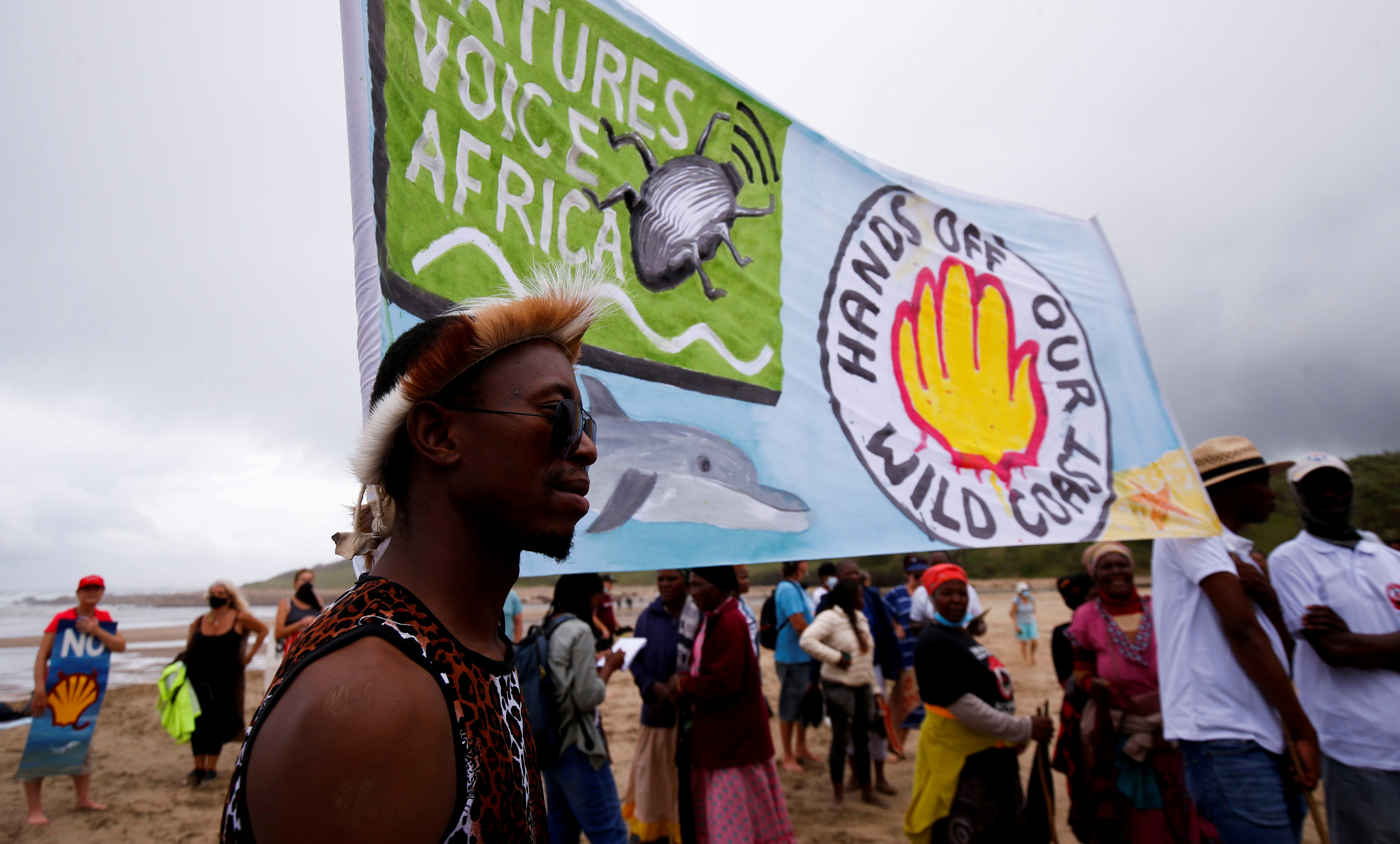 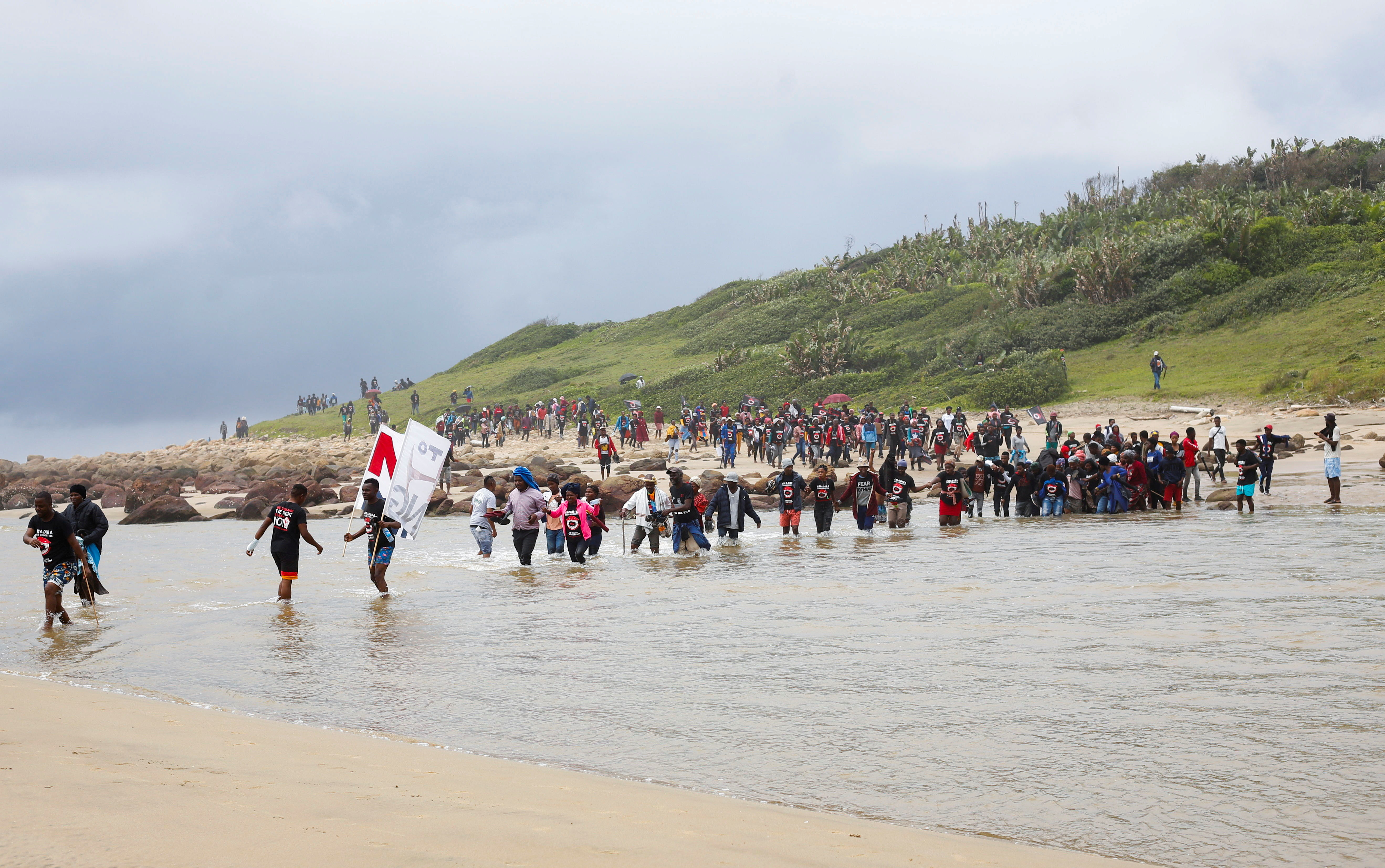 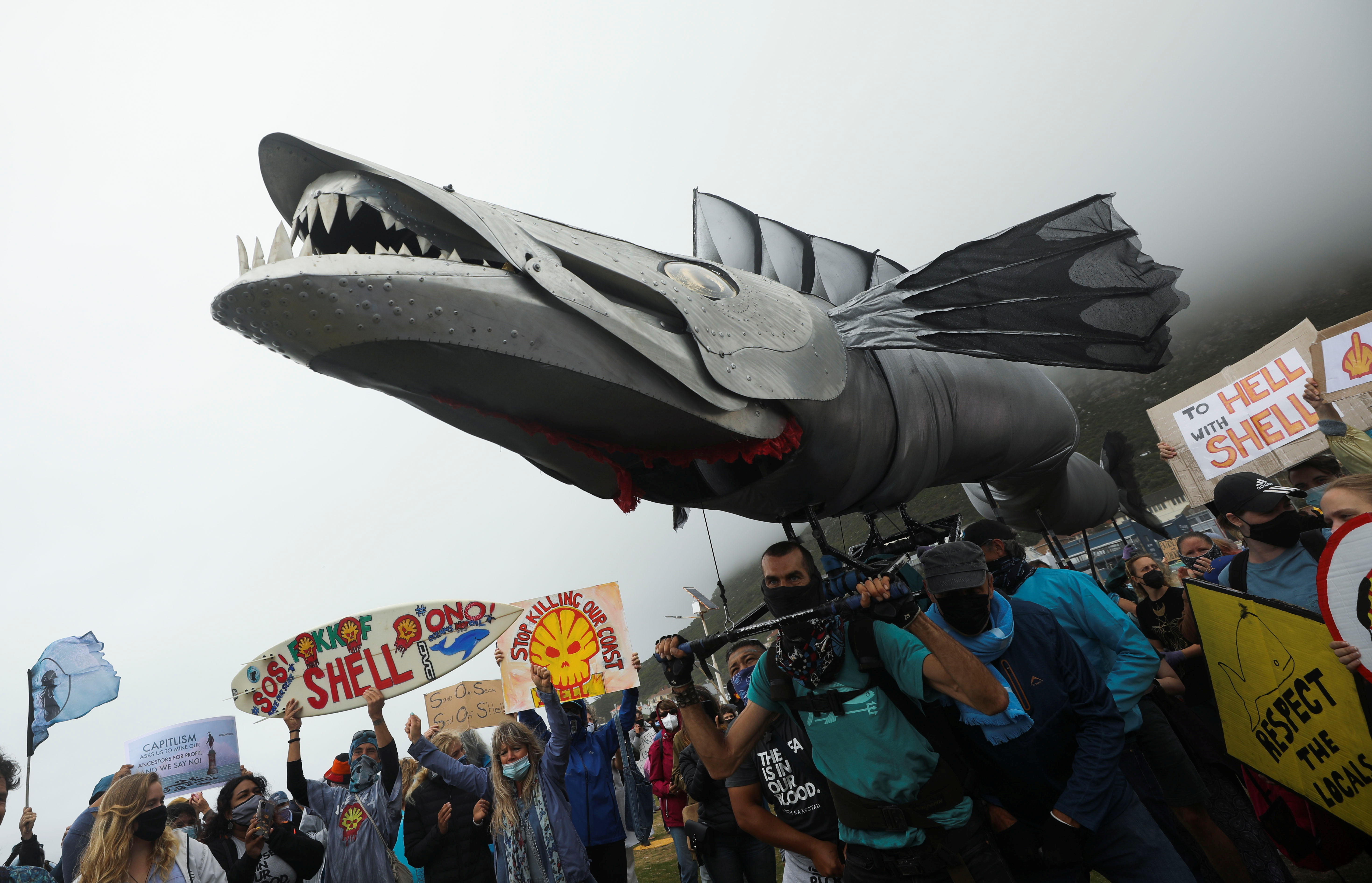 Shell officials were not immediately available for comment, but the company said on Friday that its planned exploration has regulatory approval, and it will significantly contribute to South Africa’s energy security if resources are found.
But local people fear the seismic blasting conducted over 6,000 square kilometres will kill or scare away the fish they depend on to live.

“I don’t want them to operate here because if they do we won’t be able to catch fish,” said 62-year-old free dive fisherwoman Toloza Mzobe, after pulling a wild lobster from the ground. “What are we going to eat?”

Environmentalists are urging Shell and other oil companies to stop prospecting for oil, arguing that the world has no chance of reaching net zero carbon by 2050 if existing oil deposits are burned, let alone if new ones are found.

Earlier this year, a Dutch court ordered Shell to reduce its planet warming carbon emissions by 45% by 2030 from 2019 levels, a decision it plans to appeal.

South Africa’s environment ministry referred Reuters to a statement late last month that “the Minister responsible for environmental affairs is … not mandated to consider the application or to make a decision on the authorisation of the seismic survey.”